A Look at the EdTech Landscape: The World’s Biggest Opportunity

Schools around the developed world are increasingly criticised for killing creativity and for their rigid approach to teaching. On the flipside of the coin, 72 million children of primary education age, mostly in emerging markets, are not in school.

Edtech is set to change that. Many predict it to be the biggest and most profitable digitized sector the world has ever known.

Edtech broadly refers to the use of technological processes and resources to improve education. It comes in forms of products, apps, and tools to enhance learning and pedagogy for all stakeholders in a student’s educational journey.

Per IBIS Capital, a London-based consultancy, the Edtech market is predicted to reach $252 billion by 2020. According to Metaari, by November 2017 global investments made to learning technology companies reached over $8.15 billion, which is the highest in the history of the Edtech sector by an extraordinary margin.

The New Era of Education

Technological change is accelerating at an unprecedented speed and could create a world we can barely begin to imagine. We don’t know what careers will look like or how our societies will be organized. This makes much of today’s education possibly irrelevant. Even skills that seem ‘applicable’, like coding or foreign languages, could become redundant as we might discover that computers can code better than humans and that we can use an implant to speak any language fluently.

In a world where information is abundant and right under our fingertips, students no longer need to memorize facts. Instead, they need to know how to research and sort through vast amounts of information, decide what’s relevant and important, discern, formulate views and write effectively. However, much of current teaching practices don’t reflect that.

With virtual reality, for example, students can explore volcanoes, caves, the ocean, and travel through space. This offers opportunities for students to travel outside the four walls of their classroom, and saves money and time. VR (Virtual Reality) and AR (Augmented Reality) are helping create an increasingly immersive learning environment with a lot of potential for student engagement. 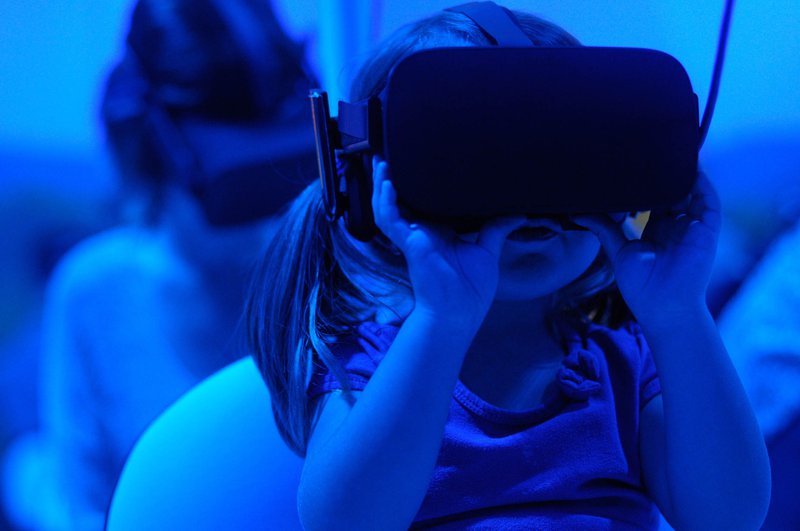 Digital curriculums and using devices in classrooms is rapidly becoming an expectation as students demand more freedom and flexibility in their learning.

Gamification has been penetrating the learning space for a while. In addition to helping students interact with the content, it also increases retention and comprehension rates. There is also a growing realization that integrating coding across subject areas can help stimulate computational thinking.

Personalized learning is continuing to spread. By using a combination of face-to-face instruction and technology-assisted instruction (and collecting a lot of data), each student will be able to learn in the way that best suits them. Educators are also investigating connected classrooms and modern learning environments as the latest innovation in teaching.

With knowledge and tools available for free or at a low cost, Edtech is indeed democratizing education.

Not all Rainbows and Butterflies

It’s not all rainbows and butterflies though. Long sale cycles set Edtech back; it can take years to test, sell and improve an Edtech product. Furthermore, scaling could prove to be an issue. A product that helps education in a certain country might not necessarily be useful beyond its borders.

Furthermore, there’s some resistance from parents and educators to using technology in classrooms. For example, American Academy of Pediatrics stated – as a response to the proliferation of online preschools – that higher-order thinking skills and executive functions such as self-regulation and flexible thinking are best taught through unstructured and social (not digital) play (when referring to preschool age).

There are some other issues to consider, such as the fact that not all students have equal access to technology at home or at school. The Edtech industry is estimated to be just 2% digitalised. The adoption of technology is, therefore, being hindered by multiple levels of gatekeepers such as teachers, governing bodies and policymakers.

The sector will also need to find ways to safeguard students’ personal data, as well as face the population growth and the rising need for education for some 2.7 billion students worldwide. 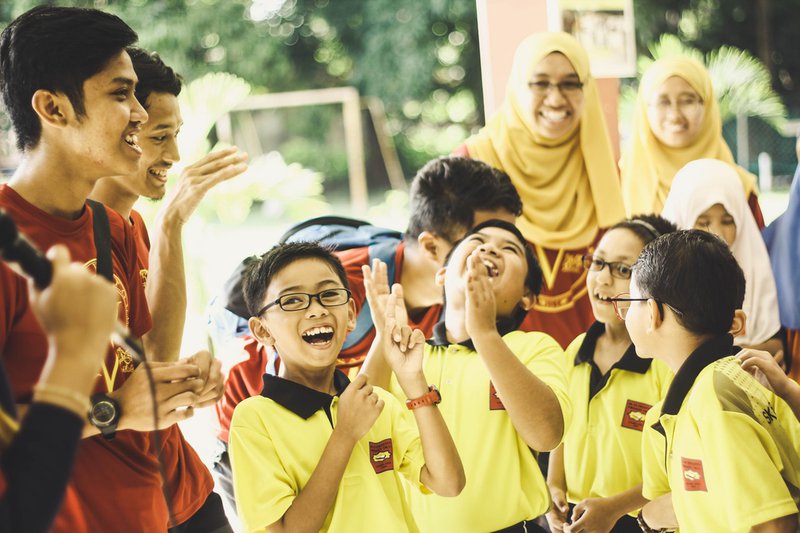 The Power of Edtech in Emerging Markets

The future is bright for Edtech in developing countries as it provides a very effective solution to the financial and infrastructure-related challenges. Edtech has the power to create efficiencies, cut costs, and enable new levels of democratized access. Issues that plague the emerging markets, such as poor transportation systems and financial difficulties, could be overcome by Edtech. There are still issues though. One of the key challenges in some emerging markets is the lack of mobile phone and internet coverage, even though the coverage has been rising.

More than half of children that have not enrolled in school live in sub-Saharan Africa. In certain countries, such as Somalia and Burkina Faso, more than 50% of children receive an education for a period of less than two years. In sub-Saharan Africa, over 12 million girls are at risk of never receiving an education. In Yemen, more than 80% of girls will never have the opportunity to go to school.

On the other side of the world, the Asian education system is booming. In India, the government is heavily emphasizing digital education by implementing programs such as Digital India and Skill India to spread digital access. Malaysia announced in 2016 that primary schools will start teaching coding and China is the biggest investor in EdTech – with investments into Chinese EdTech companies reaching $1 billion in 2017. Many emerging countries, however, still do not appropriate the financial resources necessary to create schools, provide schooling materials, nor recruit and train teachers. 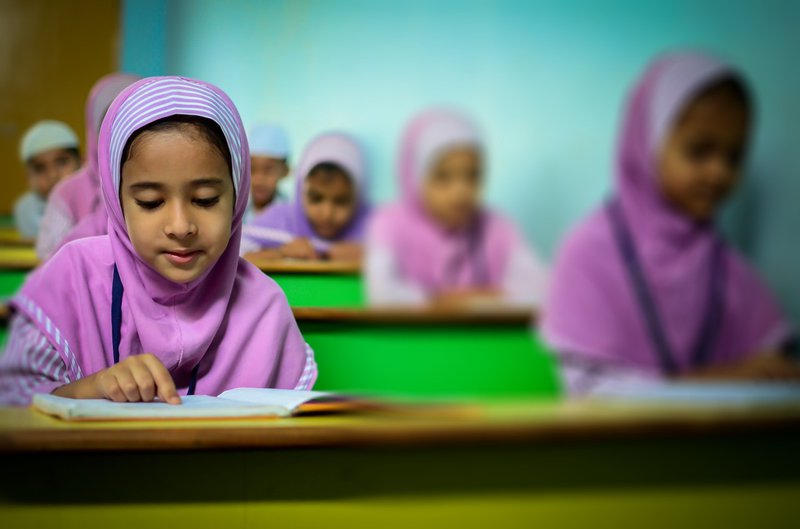 While some governments in emerging markets are lagging behind, a number of NGOs and private sector players are making great strides. LangBot, a gamified and artificial intelligence (AI)-powered language teaching chatbot, has been named the winner of the Ethiopian leg of global startups Seedstars World Competition.

Edves is a full-featured school management software from Nigeria. Edves encompasses all of one school’s needs (automating processes from enrolment, payment, result processing, e-learning, etc). They were among the winners at the 2017 Seedstars World Competition and were granted the Transforming Education Prize of $50K.

Education is the foundation upon which we build our future. Without education, there can’t be innovation or growth. Education plays a key role in building prosperity around the world. And technology can help us exponentially speed-up the process. Everyone has a role to play. At Seedstars, we do that by empowering entrepreneurs who are changing the face of education in emerging markets.

Do you have expertise in this area and are willing to share your ideas and solutions? Then come to the global Seedstars Summit 2020 and join the community of the most promising tech leaders who care and dare to change their communities, countries, and regions. 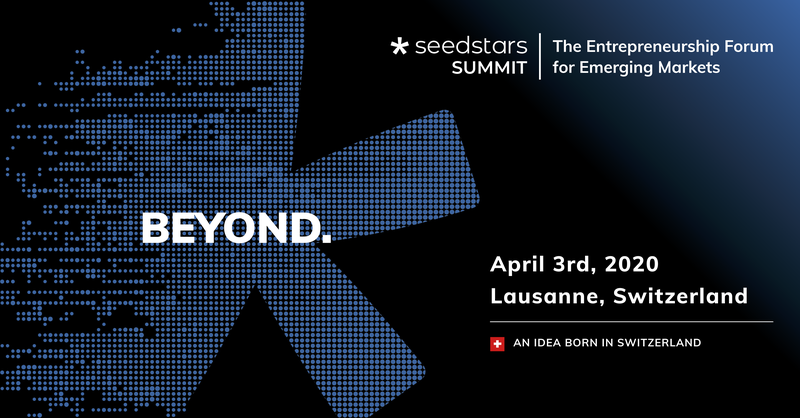 Written by:
Seedstars Global
Most Read
Discover the 65 finalist startups that are in competition for 2018 Seedstars Summit By Roxane Régnier Feb. 5, 2018
The EdTech revolution: who is the trigger? By Christian Rollmann Feb. 21, 2018
FinTech in Africa is much more than mobile money and remittances By Marcello Schermer May 9, 2017
5 things I learned launching and scaling Uber across 4 countries in Southeast Asia By Alan Jiang June 28, 2017
Write for us