Yet this is slowly changing, with new figures revealing 2017 was the best year yet in terms of funding for African tech startups, with a record number of startups - 159 - raising a new high combined total of funding - US$195 million.This is according to the latest African Tech Startups Funding Report released by tech startup news and research platform Disrupt Africa in January, which finds an increasing number of investors of all kinds from across the globe are spying opportunities in Africa’s tech space. 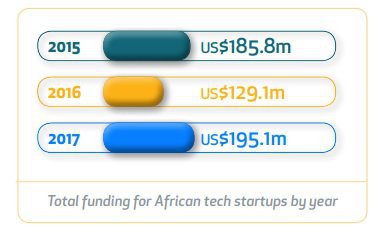 The amount raised by individual African startups is on the up, too, with 45 companies, including the likes of Flutterwave and Twiga Foods, raising US$1 million or more in 2017, up from 28 the year before.

Interest in funding African tech ventures goes beyond South Africa, Nigeria, and Kenya, however. Indeed, the share of funding secured by the “big three” fell to 74.7%, down from 80.3% in 2016 and 81.7% in 2015. Egypt and Ghana both performed well, with the latter’s total funding increasing by around 150%. Moroccan and Tunisian startups are also attractive to investors, while startups from Uganda, Angola, Zambia, Zimbabwe, Cameroon, Ethiopia, Senegal, Somalia, and South Sudan all raised funding. 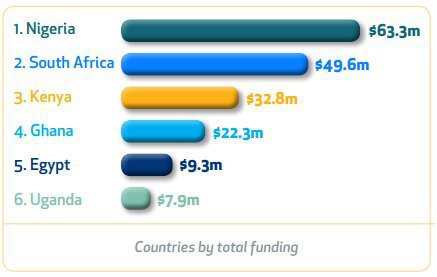 In terms of sectors, fintech came out on top for the second year in a row. Fintech startups made up 27 percent of the overall total, raising a total of US$57.7 million. Like many others sectors in Africa, fintech offers investors the chance of having a measurable impact by providing financial services to those previously lacking them, and also the opportunity for significant returns given the major addressable markets.

Investing in Africa is not just about impact, however. E-commerce had a much better year than in 2016, with total funding growing by 350% to just shy of US$17 million. Logistics, entertainment and marketing startups also attracted funding.

Africa has a long way to go to catch up with the rest of the world when it comes to attracting investment, but the continent is showing positive signs of progress. If this growth can be matched by some more tangible success stories, the future is bright for the continent.

Disrupt Africa has released the third edition of its African Tech Startups Funding Report, which tracks investments into tech startups across the continent and analyses key trends.

The report finds African tech startups raised a record amount of funding in excess of US$195 million in 2017, with the number of startups raising also increasing to 159, making 2017 the best year in fundraising terms since tracking began. More details can be found in this press release.

The report is available here at a cost of US$300, but as a member of the Seedstars World network you can claim a 10% discount using code "seedstars".

Meanwhile, this year, for the first time, Disrupt Africa is also making available the full list of 159 funded tech startups from across Africa, detailing location, sector, investor(s), when funding was secured and, where it is able to disclose, the amount raised. Any funding amounts disclosed confidentially do not appear in the list.

The report plus full list of funded startups is available here at a cost of US$850, but again a 10% discount can be claimed using code "seedstars".

Details of all Disrupt Africa publications, which are also subject to the discount, can be found here.