This allows the farmer to treat the problem in due time, and as a result, his crop yield doesn’t get affected, and neither does his livelihood.

This is the promise of Agritech.

Agritech is a small but growing segment of the startup universe that’s aiming to improve or disrupt the global food and agriculture industry. Agritech also refers to the use of technology in agriculture with the aim of improving sustainability, efficiency, and profitability. According to AgTech, Agritech is a $7.8 trillion industry with investments reaching $2.6 billion.

In Africa in particular, Agritech startups are showing impressive growth. According to a report released last year by Disrupt-Africa, since 2016, over US$19 million has been invested in the Agritech sector in Africa alone, with the number of startups operating in the market increasing by 110% during the same period. 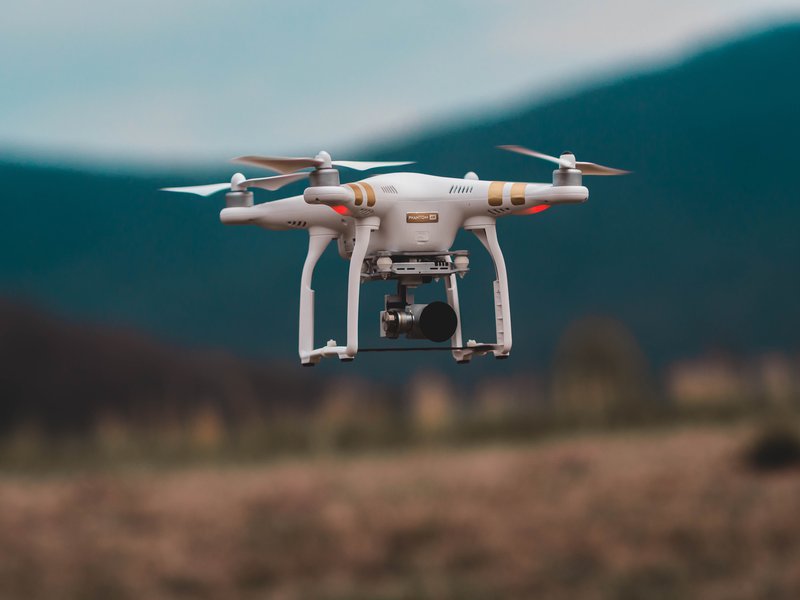 From startups that leverage artificial intelligence to help farmers better manage potential risks and disasters such as droughts, pests and diseases to precision irrigation applications for crop farmers, the Agritech sector in Africa is brimming with potential. The growing use of tech applications, everything from soil testing and drone technology through micro-credit and micro-insurance availability, is looking to increase the overall productivity of the agriculture sector as a whole.

A testament to the rise in Agritech in Africa, Nigerian tech hub Wennovation Hub launched its own Agritech incubation program, which provides training and mentorship to Agritech startups in addition to $15,000 in investment, according to Techloy.

Kenya and Nigeria dominate the Agritech market at the moment, with Ghana third. These three countries alone account for more than 60 percent of the active Agritech startups in Africa.

However, although Agritech startups in Africa have been active in the market since 2010 and are diverse in nature, the market still remains untapped. 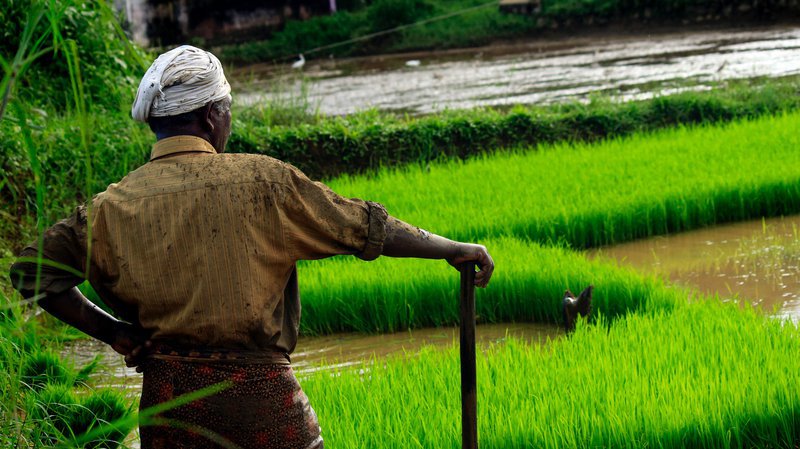 The CTA said in a statement last week that its Digitalisation of African Agriculture Report 2018-2019 found that in 2018 the market for the digitalisation of agricultural services netted an estimated $143 million — out of a total addressable market of $2.6 billion. With 60% of the world’s unused arable land and 54% of Africa’s population working in the sector, the continent has enormous agricultural promise.

Agriculture, in general, is one of Africa’s largest and most vital sectors. Agriculture accounts for 15 percent of the continent’s GDP, or over $100 billion annually, according to McKinsey. It provides not only food for its enormous and growing population but also acts as an economic lifeline for many African countries that are rich in agricultural resources.

The African agricultural industry struggles to address a number of challenges. The weather is unpredictable and the population is exploding. Current farming practices are depleting the farm soil and exacerbating deforestation and water scarcity. There is a lack of technical expertise and young people are migrating away from rural areas and into cities. Furthermore, African farmers will need to increase their productivity in order to provide food and economic growth to support its growing population.

Poor digital literacy and unwavering respect for traditional ways of working still persist. Africa remains the most food-insecure region in the world and a net importer of food. Finally, we are also in the very early days on the continent of understanding what funding models are going to work in Agritech in Africa. And we can’t forget the existential threat of the climate change crisis that looms large over our planet - Africa being the continent that will be most severely impacted.

Across Africa, Agritech startups are looking to scale, leveraging technology to positively disrupt the agricultural sector. 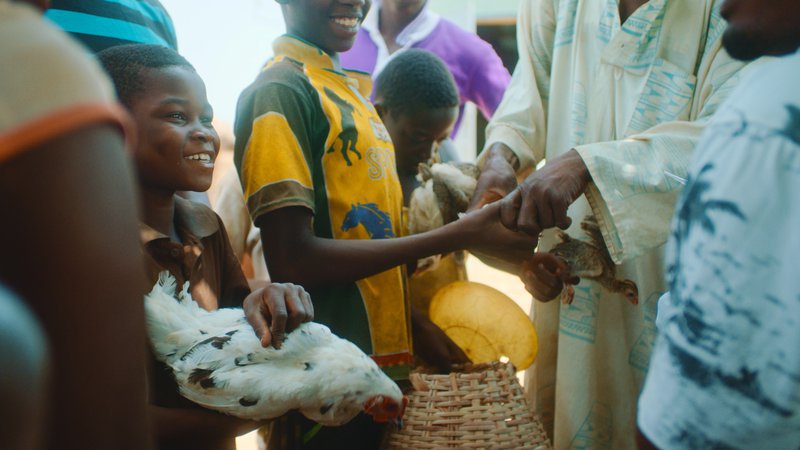 CowTribe is a Ghanaian Agritech startup that provides an on-demand mobile (USSD-based) subscription service which connects livestock farmers with veterinarians, and helps deliver animal vaccines and other livestock healthcare services to farmers.

Once the farmers sign up for CowTribe, they receive a service that includes not only the vaccines, but also vitamins and other supplements for the animals. When the time for vaccines comes, CowTribe sends out a notification to the farmers notifying them of the date the veterinarian will visit them.

Today, CowTribe has about 800 farmers as their clients are currently working on strengthening their supply to make sure the products are available whenever they’re needed the most by establishing formal distribution centres.

The startup has been selected as the winner of the Seedstars Accra during the Seedstars World Competition in 2019, and became a hero of the first Seedstars documentary about entrepreneurs from emerging markets. 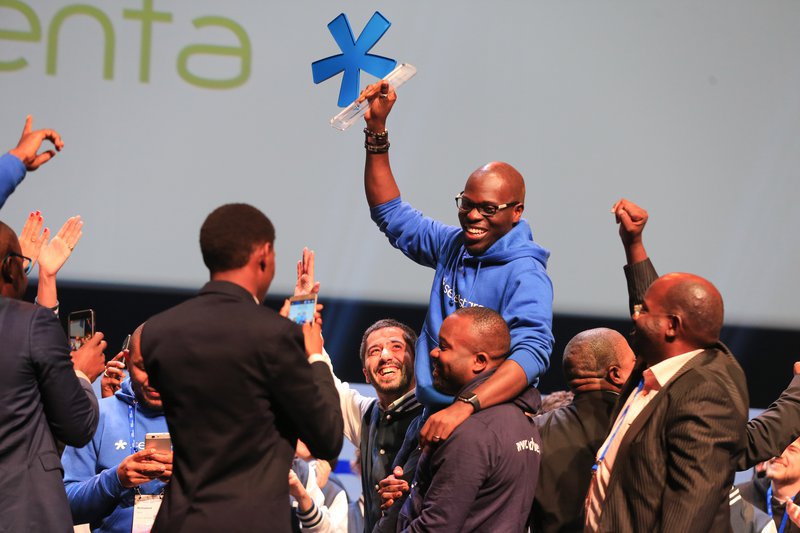 AgroCenta aims at trade and finance

Agrocenta is a Ghanaian Agritech startup that has won a $500,000 investment for coming first globally at the 2018 Seedstars World competition in Lausanne, Switzerland. They developed an online platform that connects the smallholder farmers (farms operating with less than two hectares of land) in the staple food (rice, maize, millet, and soybean) value chain to a wider online market to trade. Agrocenta ensures farmers are paid fair prices for their commodities and also allows them to sell in bulk. Those farmers also gain access to capital and information about best farming practices.

Since winning at the Seedstars Summit, Agrocenta has been growing rapidly and has been showing the potential to become a regional or global solution. The company currently serves 15 communities spread out in four regions within Ghana, with more than 46,000 individual farmers registered on the platform.

At a time when food security is a major concern globally, Agritech in Africa holds the promise of a better future. Agritech has the potential not just to support agricultural transformation in Africa but to do so sustainably and inclusively for the whole world.

However, to do so, Agritech needs to become more affordable and accessible through a collaborative approach of investment, development and policy.

The continent’s young population and its vast arable land, coupled with the innovations within Agritech, might just be the thing that will exponentially propel Africa forward.