If Africa is to foster more efficient growth, agriculture technology (or agritech) is likely to have an increasing role to play. Already a number of startups across the continent are getting stuck in developing tech solutions to help boost the sector.

The agriculture sector employs over two thirds of the work force and contributes over third of gross domestic product according to the World Bank, in a recent report (opens as a PDF).

Here then are five agritech startups which already show some promise: 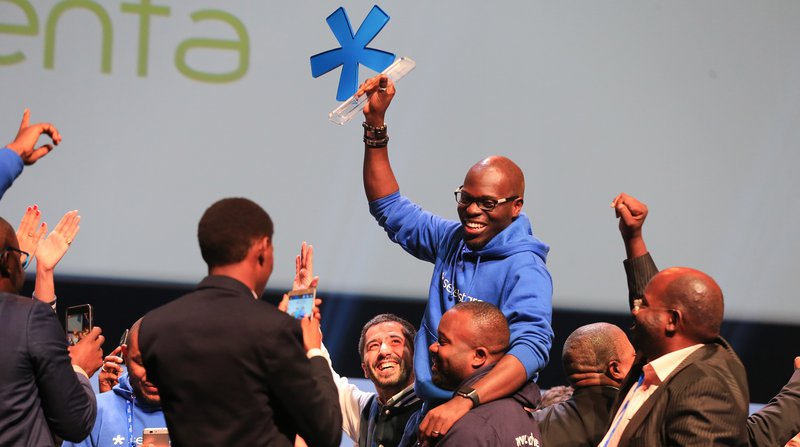 Ghanaian agritech startup AgroCenta is an online sales platform started in 2015 by Michael Ocansey and Francis Obirikorang (pictured above). It connects smallholder farmers directly to an online market to sell their commodities.

In April the startup was named 2018 Seedstars Global winner and with it clinched $500 000 in equity investment from Seedstars (see this story).

The startup’s co-founder Ocansey revealed at the time that he and Obirikorang were hoping to raise $750 000 in funding in a new seed round, and had raised about a third of this from a US investor.

The latest funding is being led by German venture capital firm Greentech Capital Partners, which together with other parties has previously invested a total of $200 000 in the company.

In January the startup announced that it would be expanding this year into Nigeria, focusing on working with an initial 100 000 smallholder farmers and connecting them to about six large, medium and small scale off-takers to sell directly (see this story).

Obirikorang told Ventureburn last week that the startup is finalising the closing of its seed round, which it had subsequently scaled down to $600 000.

“A few regulatory and legal hurdles of incorporation in Mauritius has delayed the process but hopefully we should wrap up end of this month,” he said.

He added that the Nigeria pilot has been rescheduled for the second quarter of next year 2019. 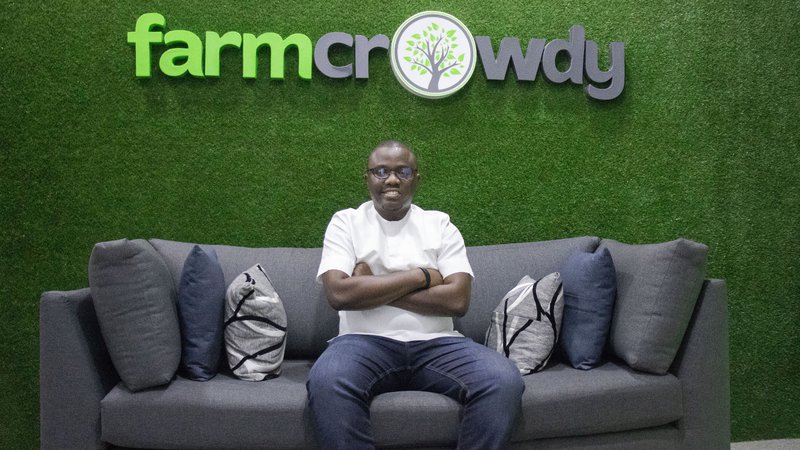 In just two years Nigerian agritech platform Farmcrowdy has grown to helping 7000 farmers on farm land across nine states in Nigeria to help fund the purchase of inputs such as seed, fertiliser and day-old chicks.

Last year, the startup was the only African company selected to join Techstars Atlanta accelerator programme. While in Atlanta, the startup caught the interest of a lot of investors in the US, eventually raising a $1-million round from Techstars, Cox Ventures and Social Capital.

This, while earlier this year, Farmcrowdy received a $350 000 grant from the GSMA Ecosystem Accelerator Innovation Fund. In July the startup won the Digital Business of the Year Award at the 2018 Global African Business Awards.

Farmcrowdy CEO and founder Onyeka Akumah, puts the startup’s success down to hard work, the power of relationships and a bit of luck (see this story).

Farmcrowdy also recently launched Agricsquare, an information hub that deals with everything related to agriculture from jobs, news, grants and consulting.

“It hasn’t got much traction yet but we are actively working on that. It also has a community, a forum that will allow people to have conversations and ask questions, with an expert being able to answer them. You can call it a Nairaland for agriculture,” Akumah told Ventureburn in July. 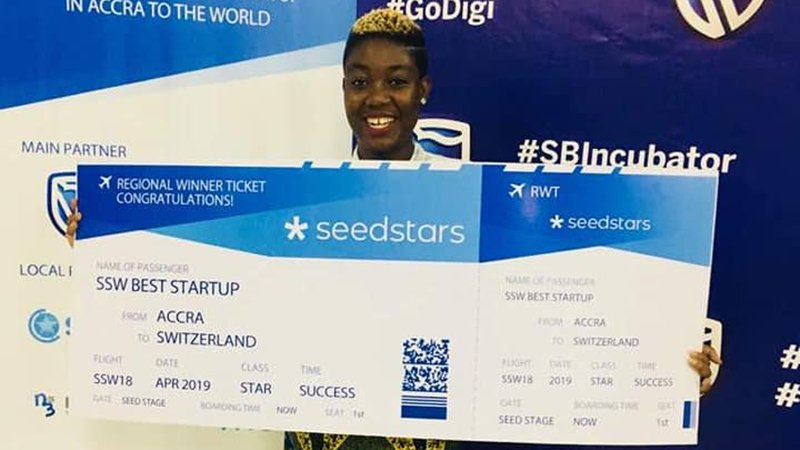 Ghanaian startup CowTribe was founded in 2015 by Awin Peter and Alima Bawah (pictured above).

In July the startup was selected as the winner of the Seedstars Accra (see this story), while earlier this year it was selected as one of four regional finalists of the inaugural MEST Africa Challenge. In 2016, the company was a runner up at the British Council’s Duapa Challenge as well as one of the finalists at the 2016 edition of Pitch AgriHack. 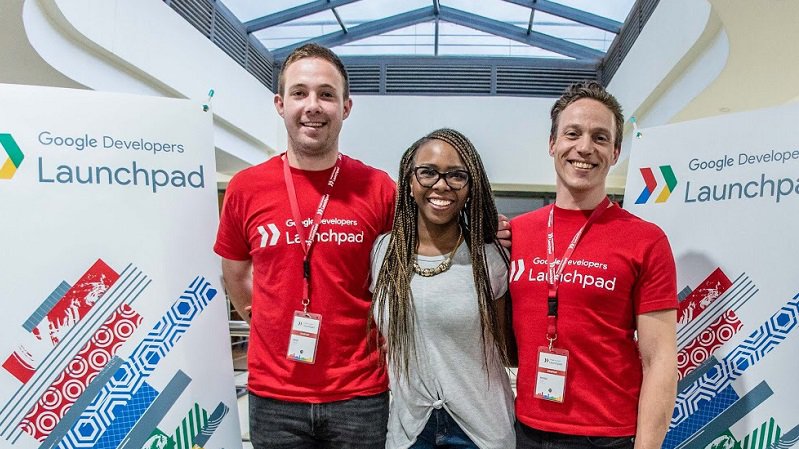 SA startup swiftVEE, is an online platform that connects livestock agencies to a network of buyers and sellers.

Earlier this year the Cape Town based startup was selected by Google as one of 12 startups for the tech giant’s first Launchpad Africa Accelerator.

The company was started in 2016 by Russel Luck, who is a technology lawyer by day and Andrew Meyer, a farmer (pictured above, right and left respectively with Google’s Tonia Osadebe).

As recently as August, Luck remained reluctant to explain how exactly the platform works (see the story here and here) until the startup got “all its ducks in a row”.

He could only let on that the platform provides data to allow those in the market to track trends such as resource scarcities and logistical shortfalls. Currently, he says, farmers have to rely on phoning fellow farmers or colleagues in the agricultural sector if they want to determine such information.

In March he said the startup had concluded a pre-launch of the platform — which showed the possibility of capturing 12% of the market (he didn’t want to explain what market this exactly is) — and aims to go live with the platform later this year.

SwiftVEE meanwhile is in search of its first Series-A investment. It follows initial seed funding the startup first received last year from the Technology Innovation Agency’s (TIA) seed funding programme – via the mLab’s incubator programme – and subsequently from an angel investor. 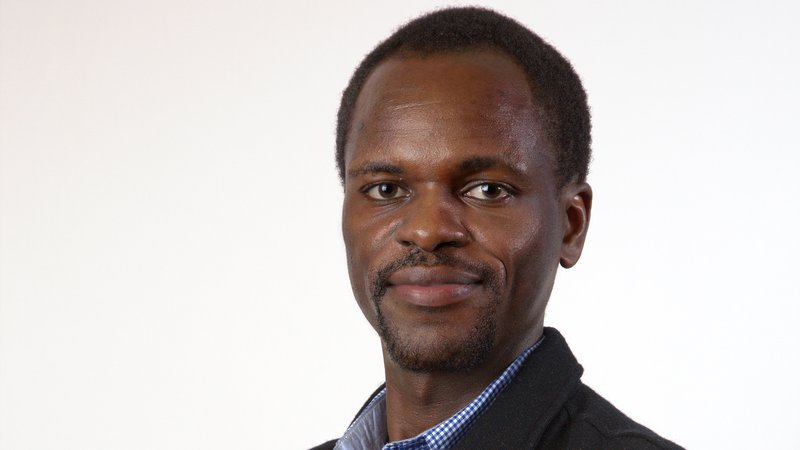 This Nairobi-based B2B sourcing platform — founded in 2015 by Karuiki Gaita and CEO John Oroko (pictured above) — claims that through its USSD platform it can “shorten and transform the agriculture supply chain” and in doing so pass help smallholder farmers and buyers to cut costs.

The platform effectively digitises the entire supply chain without requiring farmers have access to the internet or smartphones.

In May Kenyan agritech platform Selina Wamucii said it planned to use a $100 000 grant it received from a Dubai-based innovation and partnership programme to improve its mobile platform, recruit 2000 more farmers and to enter European markets (see this story).

At the time Timothy Wahoma, Selina Wamucii’s communications officer, told Ventureburn that the startup is looking to recruit an additional 2000 farmers on top of its existing 3165 farmers. In addition, he said the company also wants to assist its farmers attain the GlobalG.A.P food safety certification.

The startup intends to further develop its platform by adding Swahili and two other dialects. He said although Selina Wamucii has not secured any other investment to date, it was looking to expand its operations to the “European market mainly”.

To get more insights into the entrepreneurial ecosystem in Africa, visit www.ventureburn.com.

Written by:
Ventureburn - Startup news for emerging markets
Most Read
Discover the 65 finalist startups that are in competition for 2018 Seedstars Summit By Roxane Régnier Feb. 5, 2018
The EdTech revolution: who is the trigger? By Christian Rollmann Feb. 21, 2018
FinTech in Africa is much more than mobile money and remittances By Marcello Schermer May 9, 2017
5 things I learned launching and scaling Uber across 4 countries in Southeast Asia By Alan Jiang June 28, 2017
Write for us