Civic Tech: leveraging technology for citizens and governments in Africa

In Uganda, 4 years ago, the government launched “Know Your Budget” portal to allow citizens to give feedback and ask questions about the national budget. In Rwanda, your business can be incorporated within 6 hours. In Kenya, Ushahidi developed a platform to map in real-time places of violence during the 2007 elections which helped citizens as well as security forces to know where the troubles were happening.

Civic tech, meaning “any use of technology to empower citizens or make government more accessible and effective” has the potential to answer many of the African continent’s challenges. These innovations can redesign the relationship each citizen maintains with his/her society in the world.

Here is a non-exhaustive summary of the workshop and panel organized during Seedstars Harare 2017 (October 27th ). The event gathered activists, entrepreneurs and experts in civic-tech from more than 5 countries in Africa. I also added insights from people I met on my way traveling with Seedstars in about 20 African countries.

Public spaces have drastically changed in recent years due to the adoption of information technologies by individuals and organizations. Everyone can now produce data, comments, videos, and photos. Never in the past has it been so cheap and quick for citizens to organize themselves.

More significant participation of citizens, better transparency, agility, and accountability of the institutions are then possible. How can new technologies be the useful tools of a stronger development, better communication in the society and an improvement of infrastructures? 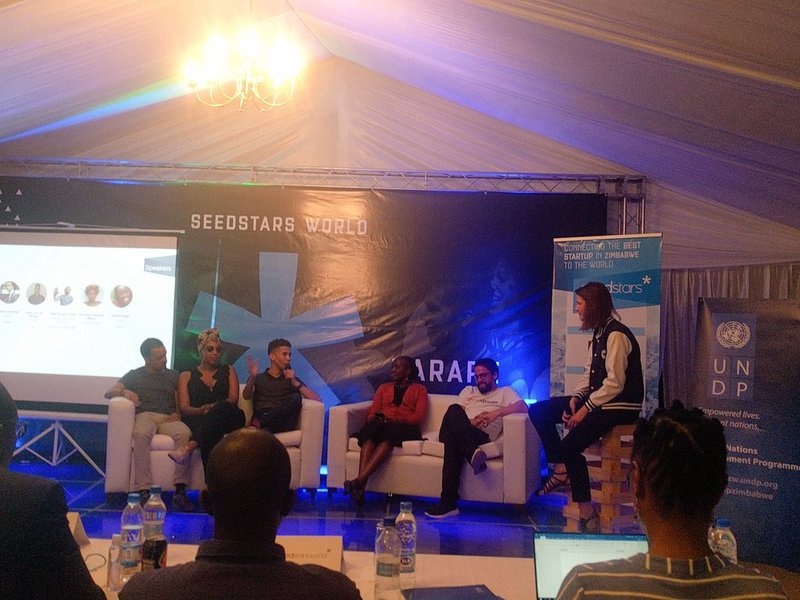 African citizens are taking back the power!

The explosion of the Internet and social media in Africa combined with the demographic explosion growth requiring efficient and innovative public infrastructures give the opportunity to think a new relationship between government and citizens in Africa, as well as in the rest of the world.

Transparency and accountability: Citizens are no more excluded from the discussion

Transparency of institution can be deeply improved by the emergence of technology. For instance, Mzalendo (which means ‘Patriot’ in Swahili) is a non-partisan project in Kenya whose mission is to ‘keep an eye on the Kenyan parliament.’ It guarantees that Kenyan citizens have access to what is happening in the Parliament. Citizens are now able to track what their deputies and senators are doing, ask questions and hold the government accountable. Mzalendo helps to make the article 1 of the constitution of Kenya a reality;

New distribution channels of information are more and more significant. National TV and radios are no more the only sources of information. Citizens are producing their own content as well. Some civic entrepreneurs in Africa are using tech to guarantee information on quality. Manifexto, a startup in Angola is a platform which provides news to its readers and will allow users to write their own stories.

From smart city to inclusive city: citizen are collaborating with the government

Citizens have new tools to collaborate with government to get better services. UX in Mozambique has developed a tech solution, MOPA, to invite citizen to report problems of waste management in Maputo through internet or USSD (a protocol used by telephones to communicate with the service provider’s computers, it allows a free communication for the citizen).

MOPA relays the information, via an open-source map, to the city council which can then organize the collection of the waste. The citizen is asked to confirm if yes or no the municipality has resolved the issue.

For the first time, the government gets access to a precise map of the waste issues in its city which represents an unprecedented opportunity for Maputo. For instance, the mapping of the street has shown that the containers on fire were always around the markets. The government is now able to deliver the relevant and targeted preventive message.

From Citizen to citizen: when tech encourages responsible behaviors

Civic tech projects can aim at changing citizen’s behaviours. Zlato from South Africa is a digital platform which rewards positive behaviour inside communities thanks to a digital currency which can be used to purchase local products, from clothes to haircuts.

More and more spaces are emerging to gather all the actors of civic tech, such as bloggers, journalists, artists…

Motorepublik is a creative space in Zimbabwe where young people can “meet, collaborate and dream big”. By bringing minds together the civic challenges are more easily identified and innovative ideas can go through.

“ Make it work”: challenges and best practices to succeed civic tech projects in Africa and beyond

Data produced by civic tech actors should be open to letting other players use your data to improve citizen’s life.

Finally, the creativity, tenacity of all these very diverse actors give the world the opportunity to think a more participative, inclusive and efficient society.

If “it takes a village to raise a child”, it will take a world to empower him/her.