The Rise of Civic Tech Entrepreneurs in Africa

BudgIT was set up in Nigeria in early 2011 to simplify the Nigerian budget and public data, allowing the general public to have a voice in government decisions that affect them directly. In 2012, GotToVote became a viral sensation in Kenya as a first-of-its-kind initiative to help citizens easily locate national voter registration and polling centres. In 2015, civic tech became even more popular due to the introduction of Mzalendo, a watchdog for the Kenyan government. In 2017, Maputo’s municipality partnered with yet another tool called MOPA, which improved the city’s waste management systems. Last year, Sierra Leone also made the headlines when it announced that it would use Blockchain for its elections.

Generally, civic technology can be divided into the following sub-areas: GovTech ,technology used by governments to improving internal efficiency as well as the delivery of services. In addition, it also serves as a tool for interacting externally with citizens. Advocacy, technology used for social and political advocacy purposes by nonprofits, political campaigns and ordinary citizens. Voting, technology used to improve the voting process, such as digital voter guides and tools for simplifying registration. 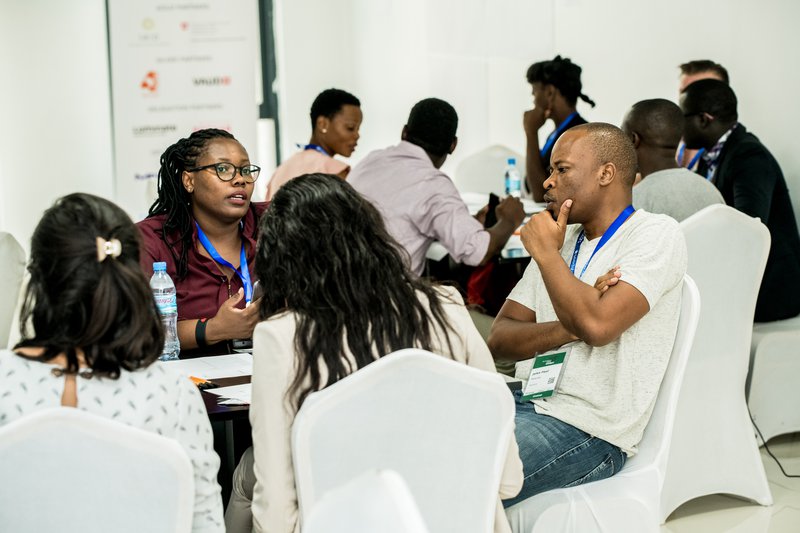 Civic technology is seen as the “next big thing” as it has the capability to answer many of the African continent’s challenges. This is partly due to the fact that the usage of the internet and social media in Africa has increased significantly over the past years, which could contribute to citizen engagement with civic tech platforms. In addition, a growing number of donors, organisations and investors are seeking opportunities to support technology and innovation in Africa that contribute to the different areas of civic technology. One example is I4ID/Palladium, a company that is working on solid waste management and urban water supply issues in Tanzania. Another is Luminate, a global philanthropic organisation that funds solutions and initiatives in the civic tech space, which is funded by Pierre Omidyar, the founder of eBay.

However, launching a civic tech solution in any of its verticals has its opportunities and challenges. Currently, still little is known about the actual impact of many current platforms and if they lead to actual responses and accountability from the government. In addition, there are still not enough entrepreneurs building solutions in this space. So, on December 14th, 2018, global entrepreneurship education platform Seedstars World organised its 4th edition of the Seedstars Africa Summit in Dar Es Salaam, Tanzania. The summit brought together entrepreneurs, investors, corporates and more from across the continent. A range of workshops was organised, and amongst the thematics of these was an in-depth discussion about civic technology and service delivery. The main objectives of these workshops were to create awareness, inspiration and insights on civic technology and service delivery being an important vertical in development. They also aimed at sharing experience from different countries of the African continent. 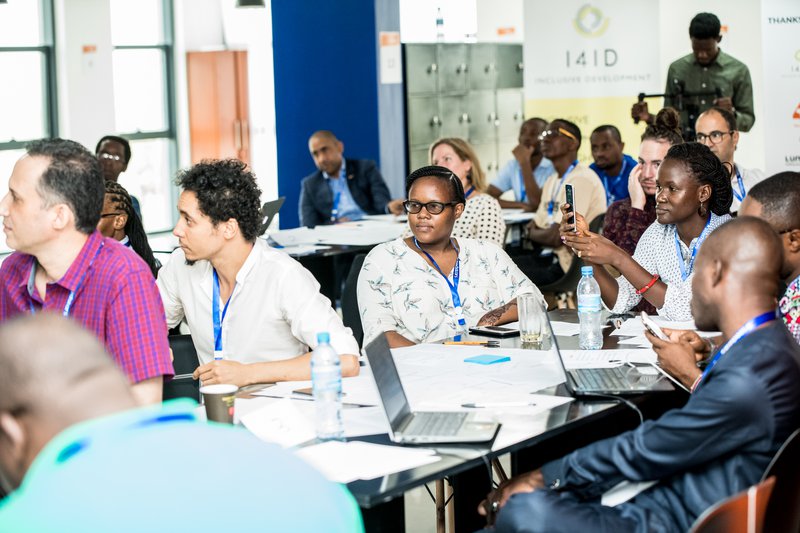 The audience was asked to present successes, F*-ups, best practices and learnings. A short and sweet summary is given below:

Technology is an important tool that allows us to ensure that civic rights are being protected and catered to. As a matter of fact, public spaces have drastically changed in recent years due to the adoption of information technologies by individuals and organizations. Everyone can now produce data, comments, videos and photos. Never in the past has it been so “cheap” and quick for citizens to organize themselves. It provides the opportunity for stakeholders in society to interact directly with each other. New technologies can deeply transform the information flows that go from the citizen to the government and reciprocally, as well as from the citizen to the citizen. Moreover, the availability of data encourages the production of new services for citizens. More significant participation of citizens, better transparency, agility and accountability of the institutions are then made possible. New technologies can be useful tools for stronger development, better communication in society and improvement of infrastructure. However, simply having the tools is not enough, and important factors such as the lack of information, corruption, fear of change and conservatism entitlement make it a challenging environment to play in.

Listening to the citizens

When it comes to any services produced by the government, local communities should be taking into account all design practices from the lowest level going up. Often times this is not the case and citizens, therefore, cannot access the program of services.

It is no surprise that technology issuing real-time data that identifies customers and reports complaints of services is extremely popular within the civic tech space. These technologies that aim to amplify the citizens’ voices in order to improve public service delivery allow program managers to identify and address issues in the service delivery chain. It is also a method that calls on service providers to become more accountable. Govchat is currently South Africa’s largest civic engagement platform, in partnership with the South African Local Government Association (SALGA), Department of Cooperative Governance and Traditional Affairs (COGTA) and Government Communication and Information System (GCIS), which has enabled the government to speak to citizens directly at no cost, while receiving service delivery related messaging in return. Another tool often used is mapping solutions. In I4ID’s support to Singida Urban Water Supply & Sewerage Authority SUWASA will pilot an approach of customer mapping to improve access for underserved households.

GPS enabled customer database and network map will enable (SUWASA) to make informed investment decisions for network expansion, and communal water distribution points (often kiosks). “Our aim is to develop a replicable model that aligns with the incentives of Tanzania water utilities to optimise revenues and customer base, by enabling better investment in low-income customers, in a financially viable and sustainable way,” says Andrew Mahiga, Project Coordinator - Institutions for Inclusive Development (I4ID) at Palladium. 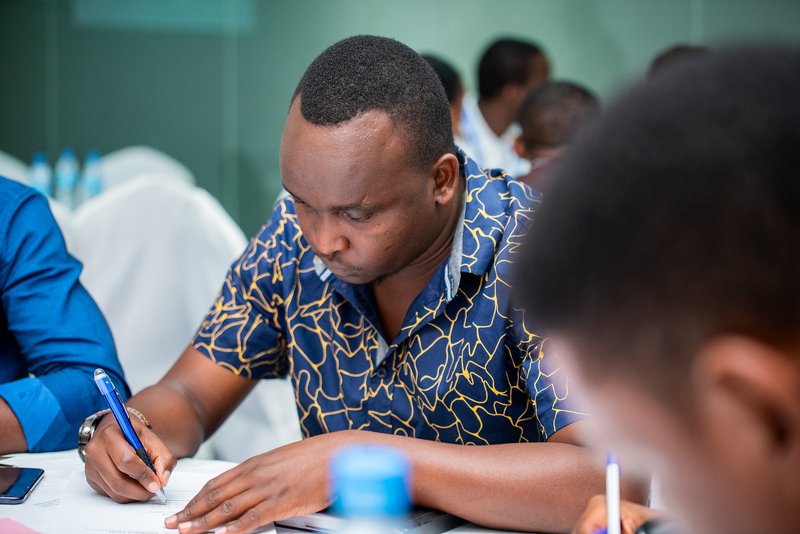 It is also important to consider attracting solutions proposed by the young and great minds of the African continent. Therefore, startups should be given the opportunity for a fair chance to participate in some of these PPP’s. However, the common fear is that government in the eyes of many entrepreneurs is a late adopter of technology, doesn’t pay on time and often can’t keep up with the pace of startups. An important consideration that is often not taken into account by both government and startups operating in this field is that civic tech many times requires the art and ability to co-design between both the private and public partner. Eldrid Jordaan, CEO and startup founder of GovChat, a South Africa based platform enabling real-time Government engagement, explains: “Don’t build technology for Government but WITH Government!”.

While the rest of the world seems to be lagging behind, the drone industry on the continent has been growing substantially. Wingcopter, DHL and GIZ piloted drone delivery in Tanzania. Over a six-month period, they successfully tested the delivery of health commodities using a drone flying to Ukerewe Island in Lake Victoria. This is just one example of how an out of the box solution for service delivery could be supported by technology.

Although few countries and sectors on the African continent have been receptive to the use of civic technologies, civic Technology could be one of the most underrated fields in entrepreneurship and innovation. It is only growing to become increasingly important in an ever-more digitized and socially turbulent world.

The Seedstars Workshops are part of a global initiative bringing together startups, experts, corporates, governments and among others to deep dive into emerging market challenges and opportunities and how they can be addressed using entrepreneurship and technology. The Civic Technology and Service delivery workshops were organised in partnership with I4ID/Palladium in Dar Es Salaam, Tanzania.

Written by:
Claudia Makadristo
Most Read
Discover the 65 finalist startups that are in competition for 2018 Seedstars Summit By Roxane Régnier Feb. 5, 2018
The EdTech revolution: who is the trigger? By Christian Rollmann Feb. 21, 2018
What Pitches Make Startups the Finalist of the Seedstars World Competition? By Nadia Mykhalevych Jan. 16, 2020
Agritech in Africa: Paving The Way For a New Era in Farming By Ilma Ibrišević Jan. 10, 2020
Write for us