The research noted that Over the last 5 years there have been 60 exits of startups in the MENA region to a value of over $3BN. MAGNiTT reviewed tech companies and tech enabled startups over the last five years to identify trends. 2015 saw a peak in recent activity with 16 startup exits but 2017 is shaping up with a strong start to the year with 8 exits year in the first 6 months 2017.

60 exits in the region are spread across MENA.

“it is interesting to see consolidation predominantly in the E-commerce, Logistics and Food & Beverage space across the region. All of which are startups that are consumer facing that solve a logistical problem of delivery. These startups have been acquired by larger organizations to further their consumer reach”.

Landmark deals such as the acquisition of Souq.com by Amazon, Jado Pado by Alabbar Enterprises and Yemeksepeti and Carriage by Delivery Hero are examples of this. He also notes that “The time to exit of those startups that successfully sold their companies is in line with international benchmarks at 7 years from founding to acquisition.”

While only 38% of the deals have been disclosed, there are key insights that come from the research that is of interest:

Bahoshy added, “We are beginning to see VCs in the region make return’s on their investments. Given many VCs in the region are still relatively young and with an average of 7 years to exit of successful startups, we anticipate to see more exits come to fruition in the coming years as their portfolio companies mature”.

“MENA has had no exits” is often a criticism heard around the corridors of many entrepreneurship establishments. This is a Myth. There are quite a few, as we’ve seen. From the top 10 disclosed startups some interesting themes emerge:

In conclusion, inline with MAGNiTT’s pursuit for transparency in the MENA startup ecosystem, this report looks to raise awareness around the M&A activity taking place in startups space in the region. The data provides positive news to MENA entrepreneurs and investors alike that there is light at the end of the tunnel. With 7 years on average to exit many investments are likely to come to fruition in the coming years while the MENA region continues to grow and develop awaiting its first Unicorn exit or startup IPO. You can download the full infographic report on www.magnitt.com and find data on the deals online.

Philip Bahoshy is the founder and CEO of MAGNiTT, an online community that connects MENA entrepreneurs with stakeholders across the MENA ecosystem. Raised in the UK with Iraqi origins, Philip obtained an MBA from INSEAD in 2013 and a BSc in Economics from the London School of Economics. During his time in Dubai, Philip worked at Oliver Wyman in the Financial Services practice for three years, followed by nearly three years at Barclays Wealth working as Chief of Staff to the CEO advising on strategic initiatives. Philip has lived in the UAE for more than eight years and is passionate about developing the MENA startup ecosystem.
“Disclaimer: Seedstars encourages freedom of speech and the expression of diverse views. The views of columnists published on Seedstars are therefore their own and do not necessarily represent the views of Seedstars.”

Apply to the Online Seedstars World Competition 2020/21 and compete to be one of the 10 startups selected for a USD 50K growth program investment with a Global Winner getting up to USD 500K in investment. 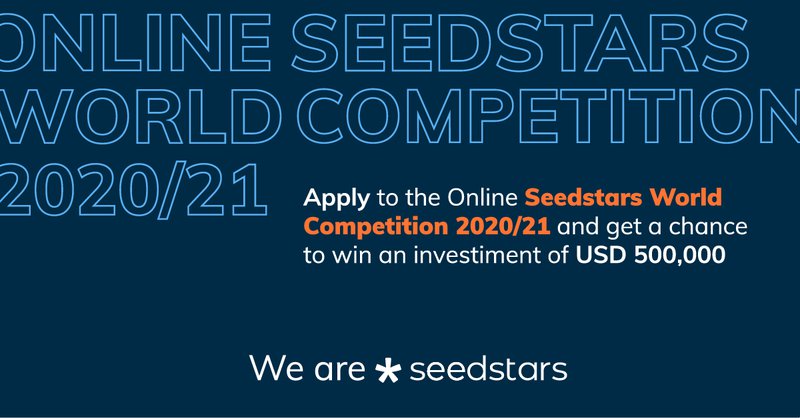 Written by:
Philip Bahoshy
Most Read
5 things I learned launching and scaling Uber across 4 countries in Southeast Asia By Alan Jiang June 28, 2017
Global acceleration program comparison – where to go for the best deal By Charlie Graham-Brown July 27, 2017
Road trip into Chilecon valley: discover the tech ecosystem landscape of Chile! By Juliane Butty Aug. 8, 2017
MENA: a region on the brink of an entrepreneurial revolution By Omar Barakat March 14, 2018
Write for us